Calani L., Bresciani L., Brighenti F., Del Rio D. The φ2 Laboratory of Phytochemicals in Physiology, Human Nutrition Unit, LS9 Interlaboratory group, Department of Food Science, University of Parma, 43125 Parma, Italy. E-mail: luca.calani@unipr.it
Introduction: Coffee is one of the most consumed beverages worldwide and many health benefits have been ascribed to its consumption (1). Even if coffee drinkers link this beverage to its caffeine content, coffee contains other bioactive compounds, including potentially bioactive phenolics.

The (poly)phenolic profile of CSS has not yet been investigated in detail and would be useful to understand if this coffee by-product has the potential to become a functional ingredient. Aim of this study was to obtain a complete qualitative and quantitative phenolic profile of CSS, including an evaluation of its total antioxidant capacity and its caffeine content.

CSS were extracted by 30’ sonication in distilled cold water followed by 90’ of hot (70°C) aqueous (1% formic acid) extraction, and the procedure was repeated twice. Identification and quantification of phenolic compounds and caffeine in CSS extracts were performed by means of ultra-high performance liquid chromatography coupled with linear ion trap mass spectrometry (UHPLC-LITMS).

Moreover, the Folin-Ciocalteau (FC) assay to determinate the total (poly)phenol content, and the Ferric Reducing Antioxidant Power assay (FRAP) to estimate the total antioxidant capacity (TAC) were carried out.

Results: The UHPLC-LITMS analysis highlighted chlorogenic acids as the sole phenolic compounds in CSS, as usually occurs in coffee brews.

Particularly, three isomers of CQA were identified as the most represented compounds, reaching a total concentration of 4.4mg/g, corresponding to the 74% of total chlorogenic acids. Moreover, the level of three feruloylquinic acids (FQA) was 1.4 mg/g (23% of total hydroxycinnamates).

Two coumaroylquinic acids and two CQA lactones were present in detectable, but unquantifiable amounts. Caffeine reached a 10 mg/g concentration in CSS and the total (poly)phenol content, measured by the FC assay, expressed as catechin equivalent, was equal to 16 mg/g.

Finally, the TAC value of CSS was 14.4 mmol/100g. Speculating about a use of CSS to prepare an aqueous infusion (5g per 100mL), the obtained data on total CQA, total (poly)phenols, caffeine and TAC would be only 3 times lower than what could be possibly found in espresso coffee (2).

Conclusions: This is, to our knowledge, the most complete study on qualitative and quantitative phenolic profile in CSS, a poorly investigated, but still rich coffee by-product. This work revealed for the first time, a chlorogenic acid profile similar to coffee brews. Considering their phenolic composition and antioxidant properties (and their fiber content), CSS may represent an exploitable functional ingredient. 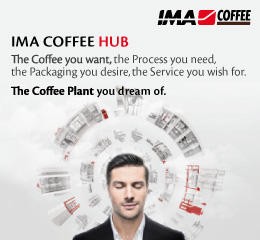